As you probably know, DUI is a term that stands for driving under the influence, while DWI describes the crime of driving while intoxicated. Besides these two terms, OWI and DUID are also used. OWI stand for operating while impaired, and DUID is an acronym for driving under the influence of drugs. As you can see, all these terms are used to describe the act of driving while under the influence and effects of alcohol or drugs. Since alcohol and drugs can severely impair our judgment and motor skills, driving in this condition is a serious crime. If found to be driving under the influence of narcotics, prescription drugs or over-the-counter medications, you can also be arrested for DUI. For a DUI to be issued, the drugs you have used don’t have to be illegal. By driving under these substances, you are a danger not only to yourself but also to others on the road. The focus on this crime is on impaired driving, and not on illegal substances. In some states, DUI and DWI are used as synonyms, but in others, they can be recognized as different crimes. In the state of New Jersey, all driving while intoxicated offenses are referred to as DWI. Below we’ll take a closer look at differences between DUI and DWI.

DUI relates to usage of alcohol, illegal substances, narcotics, prescription medicine and any other substances that might affect driving a vehicle. When it comes to blood alcohol limit, it can’t exceed 0.08%. In some states, if the impairment is apparent, even 0.05% may be illegal. The legal blood alcohol limit for drivers under 21 is 0.02%. Since young adults are legally not allowed to drive in the US, most states have zero BAC tolerance for them. Penalties for DUI also vary by the state and by the number of offenses. With every offense, the penalties become stricter. If you have been driving under the influence of alcohol, you may face jail time, license suspension, ignition interlock device installation, community service and similar. In all states, drug or alcohol education and rehabilitation programs are also standard penalties for DUI. You will also have to pay substantial fines. A DUI may also affect your car insurance rates. If you possess a commercial driver’s license, a DUI will affect both of your licenses. Also, BAC limit for drivers of commercial vehicles is reduced to 0.04%. 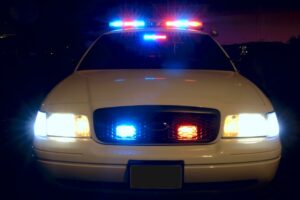 Everything we have mentioned for DUI, in most states, also applies for DWI. However, depending on the state, the definitions and repercussions of a DUI and DWI charge can significantly vary. In some states, DWI stands for driving under the influence of alcohol while DUI stands only for driving under the influence of drugs. States that differentiate between DUI and DWI offenses consider DUI a lesser charge than DWI. In these cases, being arrested and charged with DUI signifies less intoxication. Some states have a zero tolerance policy for drunk driving and consider any BAC over the legal limit a crime.

Being Charged with a DUI

The level of driver’s intoxication is determined by his BAC at the time of the arrest by a police officer. When it is speculated that a driver is driving under the influence of alcohol or drugs, an officer may pull him over, and require him to undergo a breathalyzer test and perform a series of physical tests. Physical tests include walking in a straight line and standing on one leg, and a breathalyzer test will determine your BAC level. If you refuse to do these tests, especially the breathalyzer test, you will receive automatic penalties. In certain states, there are also penalties for those with a BAC level above 0.08%.

States have the power and the right to regulate DUI and DWI penalties. In most states, penalties for first time offense both for DUI and DWI are the same. At first offense, with no injuries, deaths and other aggravating circumstances, your charge will be treated as a misdemeanor. However, you will still have to pay costly fines, court costs, and impoundment fees. Your license will be suspended at least for six months, and you may spend a few days in jail. Lastly, your car insurance rates will be higher, and it will remain that high for years. In some states, it is possible to reduce a DWI charge to a DUI. If this is your first-time offense, or if your BAC isn’t significantly over the legal limit, or you failed a field sobriety test, your DWI charge can be reduced to DUI. However, your charge can be reduced or dropped only if you have an experienced lawyer by your side. Only by hiring a DUI lawyer, you will move towards a positive outcome of your case.

Understanding differences between DUI and DWI can be very complicated. So, if you don’t want to worry about them as well as about the possible consequences you may face if arrested for this crime, we advise you never to drive drunk. Don’t let one mistake to ruin your life and make you learn these differences the hard way. 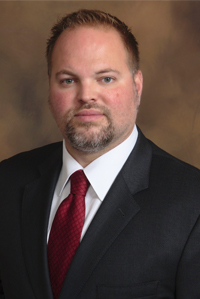